Without a doubt, one of the biggest challenges brands face when rolling out an influencer marketing campaign is figuring out how to properly evaluate potential influencer partners.

Beyond deciding whether to go with a celebrity, mega, macro, or micro influencer, most brands have no idea how to the separate real people of influence from the people who buy followers using low-cost follow/unfollow services.

You know the ones – the platforms that automate the process of adding followers for $100 a month, or the providers on Fiverr who guarantee they’ll add ‘5000 new followers to your account within 72 hours’.

The problem with these types of services is that bought audiences are generally made up of:

Users who buy followers can offer no guarantees of who is following them or what commonalities may exist between followers. And that’s a big problem when it comes to influencer marketing.

Here’s the Problem with Vanity Metrics

Vanity metrics are costing marketers time and money. As brands invest resources into partnering with social media influencers, they’re seeing influencer campaigns fail – not because the strategies aren’t sound, but because many influencers don’t have the pull they pretend to have.

With that being the criteria for news feeds across platforms, marketers should expect that the content from users who buy followers will likely never even show up in the feeds of “bought” followers.

Unilever recently announced they would no longer work with influencers who buy followers, while the company will also give preference to social media platforms which can provide brands with more transparency about user accounts.

The UAE’s new requirement for social media influencers to be either licensed themselves or working through a licensed influencer marketing agency is going to keep droves of existing influencers and would-be influencers from doing their business in the Middle East.

These are two high-profile calls to arms in a series of actions that are triggering a global shift in the influencer marketing industry, and underline the need for better measurement consideration in your approach.

Predicting ROI with the Right Metrics

From a marketing perspective, these types vanity metrics – high follower counts, lots of website traffic, large email lists, and even previous experience as a brand ambassador – are important numbers to see. But they aren’t necessarily great predictors of ROI.

Better predictors would probably be follower engagement, bounce rates from website traffic, email open rates and on-page activity, and an analysis of the results brand ambassadors have gotten for previous brands.

I suppose in this instance, past performance is perhaps the best predictor of future success.

To help you in your process, here are five metrics that are absolutely crucial to the success of any influencer marketing campaign.

The first thing you need to know about any social media influencer is their degree of influence, and that starts with analyzing their follower growth.

You’ll notice that right around July 2017, there’s a huge jump in the influencer’s number of followers, followed by another big jump about a month later, and a third bump in followers maybe 6 to 8 weeks after that. These three jumps are a telltale sign that the influencer artificially boosted audience numbers on at least three separate occasions.

(Coincidentally, you may also notice that between the first jump and the second jump, and again between the second and third jumps, there are rapid declines in followers.)

Again, don’t allow follower count to factor too heavily into your decision to work with an influencer.

Analyzing the content an influencer publishes across multiple social media platforms (and on their own blog) will give you a more comprehensive view of the verticals in which he or she actually wields influence.

Without assessing an influencer’s existing online content, brands risk a mismatch by recruiting a popular influencer to promote products for which she holds little to no actual influence.

When this happens, you have to hope the halo effect can sway followers to take action. Or worse, you may have a campaign that’s missed by your target audience altogether, because they were never followers of that influencer in the first place.

Here’s what I mean:

Let’s say Amy is a mommy blogger with 50K+ followers. An analysis of her conversations across Instagram and Twitter reveals the verticals in which she directs most of her online conversations.​ 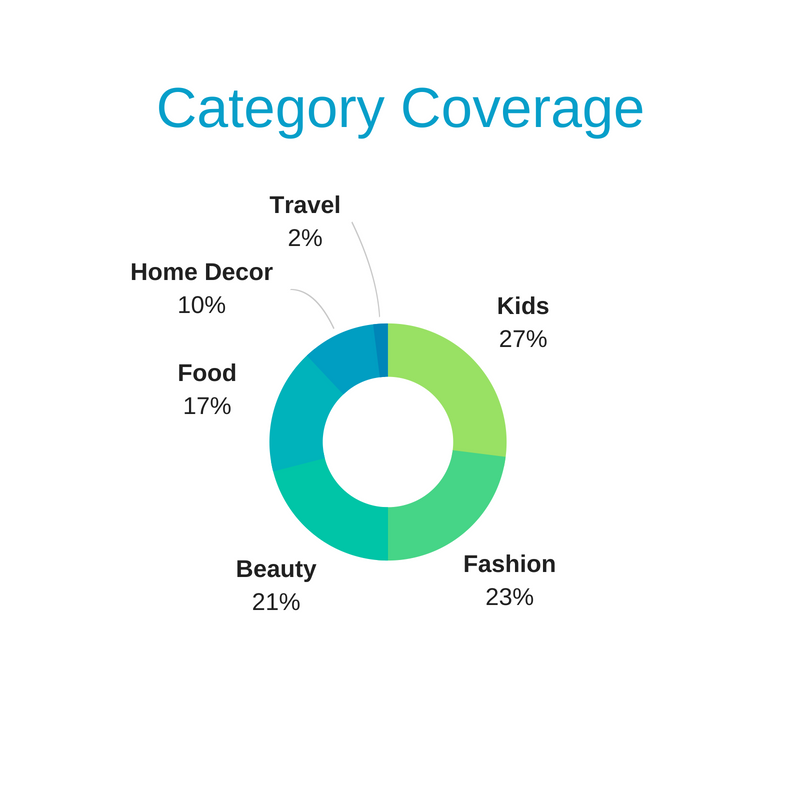 Looking at her conversations, we can also determine what topics she talks about as well as brands she mentions most often in her posts.​

Based on this analysis, a brand that sells travel experiences can quickly see Amy wouldn’t be a great match for them – only 2% of Amy’s online conversations discuss travel (and Amy is a big fan of staycations).

Analyzing the topics of Amy’s online conversations can go a long way toward helping brands to zero-in on her potential value as a brand ambassador.

In the previous example, it may be that Amy was targeted by a brand in the first place because she and many members of her audience are part of that much sought-after demographic of trendy, middle-income Millennial moms. But that knowledge alone isn’t enough to build an effective influencer marketing campaign.

Proper targeting requires marketers to have a better understanding of both their own target audience and the influencer’s followers. This includes seeking additional insights about an audience, such as: 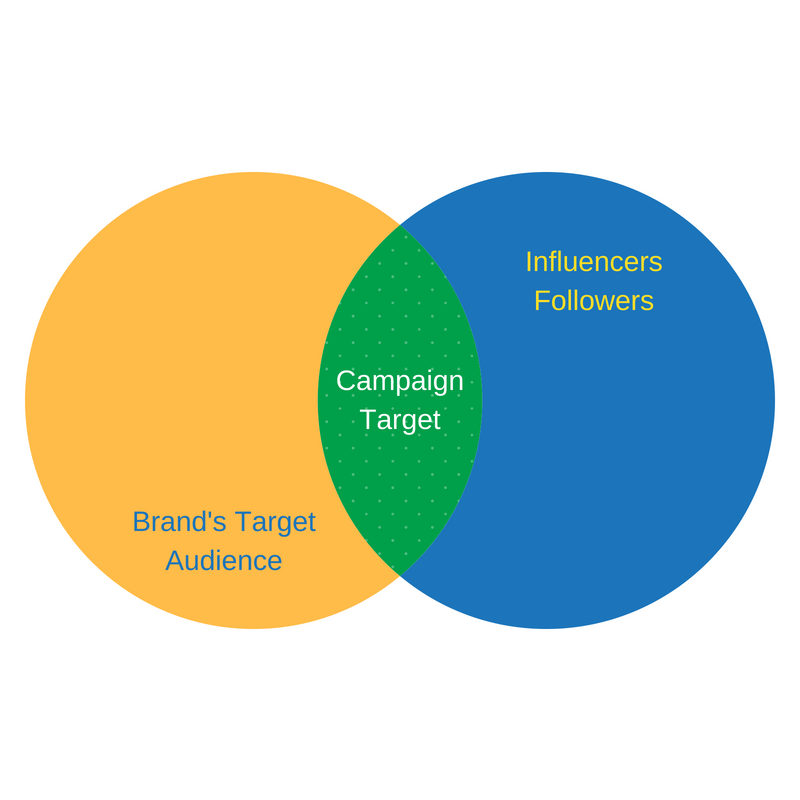 The goal isn’t necessarily to reach an influencer’s entire audience, the goal is to find that intersection where your two audiences overlap. That means ensuring there are enough people in an influencer’s audience who would also be interested in your brand or product.

In many cases, it may be simpler to hyper-target your influencer marketing efforts by foregoing the handful of macro influencers, and instead working with a niched-down group of micro influencers. This method is particularly useful if your goal is to use social proof to build brand awareness.

An influencer’s shopping habits matter – there’s an old saying that if you want to know what a person treasures, figure out how she spends her time and her money. Totally true.

Knowing where influencers shop and which brands they like, prefer and buy will help you to seamlessly integrate your products into sponsored posts. This is a good way to boost your authenticity and garner more engagement.

In addition to getting an idea of which brands an audience prefers, you can get a lot of intel about influencers and their audiences by conducting a product analysis.

For example, when a potential influencer partner mentions Wayfair, is she more likely to be bragging about coming in under the buzzer during a countdown sale just in time to nab a $300 Breckenridge TV stand for $29, Or is she excited that she finally ordered the $2300 Ursula dining room table by Arteriors Home that’s been on her Wayfair Ideas Board for two months?

These kinds of insights can be uncovered during the product analysis phase of your research, and they can make a huge difference in which influencers you choose, and how and what you market to their audiences.

A product analysis also enables you to approximate the median income of an influencer’s followers, and begin to identify their collective pricing sweet spot. This tactic alone will tell you whether you will be reaching your audience by working with a particular influencer.

There are dozens of data points you can (and should) analyze if you want to roll out the most effective, creative and successful influencer marketing campaigns. Influencer marketing is largely data science topped with boundless creativity – and utilizing the latter without the former is a recipe for a failed campaign.